After a long work week, don’t you just want to spend time on your couch and watch a movie with your family? If you have kids around, then fantasy is the perfect genre to watch. Here are some great fantasy movies to watch on a Friday night.

The Chronicles of Narnia: The Lion, the Witch, and the Wardrobe

You can never go wrong with a fantasy movie that is based on a good classic book. The Chronicles of Narnia: The Lion, the Witch, and the Wardrobe is the first book in C.S. Lewis’ beloved series. This is the perfect movie to watch with kids on a Friday night with its exciting adventure-filled story and relatable characters. It is a timeless tale of good versus evil that instructs as it entertains. The climactic battle is still a sight to behold, no matter how many times you’ve seen it.

We’re so lucky to have Neil Gaiman in our generation. The master storyteller can entertain both kids and adults alike. And when his works are made into movies, it’s almost always a treat—granted, of course, that it is faithful to the original. Stardust is one of those movies where it feels like the words of a novel come to life. The talented cast was able to give the Gaiman’s characters a compelling 3D representation. This modern fairy tale will genuinely make your Friday night delightful.

Labyrinth is one of those fantasy movies that you can watch over and over again. David Bowie is simply spectacular in this one as the Goblin King and Jennifer Connelly, who plays Sarah has become the darling of every young boy who has seen the film. The main attraction, however, is the labyrinth itself. Watching Sarah navigate it to retrieve her abducted brother is like playing a game with its twists and puzzles. The otherworldly characters that Sarah encounters in the film are both captivating and frightening. Muppets-fame Jim Henson directs this film, so the weird creatures are expected.

This is another Jim Henson creation, and it stars Henson himself. This is said to be a groundbreaking film and a trailblazer in the field of special effects. The story itself is so-so, but it’s one visually entertaining film. The genius mind of Henson is genuinely at work here. There’s probably no other person o earth – living or dead – that can come up with interesting characters and bring them to life the way Henson can. Of course, this film would seem outdated when compared to fantasy films today. But if you keep in mind that this was created in the early 80s, then you’ll be amazed.

The 80s is indeed the magical era when it comes to fantasy films, and this list will never be complete without the most magical movie of the period, The Neverending Story. This is another adaptation of a book. Like dark Crystal, this one also has unforgettable characters that you will remember long after you’ve seen the film.

For more, visit On Starships and Dragon Wings. 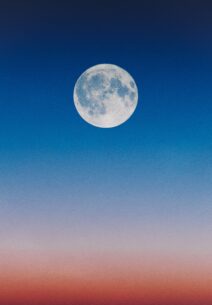